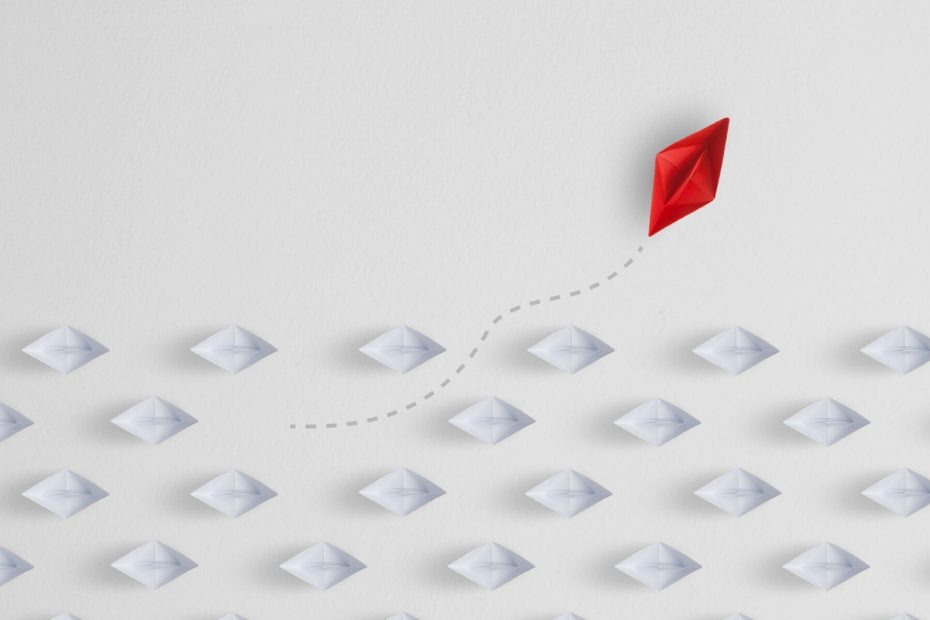 In the course of the experience exchange “Innovation with Adobe Kickbox”, the participants were first asked about their knowledge of the topic. The result of the self-assessment was: Half of the participants are “advanced” and half are “beginners”. These come mainly from the areas of innovation management and business development, and to a lesser extent from research and development departments.

The question “How innovative is your company?” produced a heterogeneous picture: With regard to process innovations, the companies surveyed are well positioned on average, but with regard to product innovations, one part is well positioned and the other rather poorly positioned. With regard to business model innovations, a great deal of potential is still seen overall. This also applies to the area of disruptive radical innovations. The event participants had the opportunity to submit questions in advance. Of particular interest was: “How do I manage to give the topic of innovation enough space despite a heavy workload? Is it possible to systematically and regularly launch innovations? How can Adobe Kickbox be applied and what added value does it bring to the innovation process?

Ingo Lewerendt, trainer and coach at MSC Management Seminar Center GmbH answered these questions and also presented the “Adobe Kickbox” tool. According to him, the challenge is that many employees in their companies are driven to efficiency and are trapped in a “thinking trough” focused on “maximum skimming” and “return on invest”. Negative deviations from the plan are almost always seen as “mistakes”, so virtues that are conducive to innovation are suppressed and prevented.

To counter this negative spiral, Kickbox emphasizes the following three principles: 1. if you fail, fail cheap, 2. if you fail, fail fast, 3. if you fail, fail forward – consequently, an innovation process is one in which little money is spent, little time is wasted, and maximum learning occurs. The Adobe Kickbox innovation process is divided into two phases. First, you have to “prove” the idea you’ve come up with, which means going through a multi-stage process that starts with “submitting the idea” and ends with an “idea pitch.” If this pitch was successful in front of a panel, the second phase of the Adobe Kickbox process begins: generating market pull.

The second phase is again divided into several stages, in which the idea generator assembles a team and receives a budget. Based on this, various prototypes are created – such as a Minimum Viable Product – these are then presented again to a decision-making committee. If this idea is found to be good, a scaleup and exploitation process starts.

Based on the presentation of the Adobe Kickbox theory, the application of the Kickbox was then practiced in small group work with the IT tool Mural. Individual aspects of the presented Kickbox were discussed and checked for applicability in the own company. For one of the groups, for example, testing and prototyping were particularly relevant: In this case, it is also important how to create the prerequisite for the production of these prototypes. It became clear that tools such as well-equipped laboratories, rapid prototyping and high-quality 3D printers can be a valuable support. However, prototypes also cannot address all subsequent hurdles, such as CE compliance, in the same way.

As a second topic, the group also investigated the question of how optimal framework conditions for innovations can be created in one’s own company to enable innovation processes in the first place, supported by a tool such as Adobe Kickbox. Aspects such as corporate culture, resources for innovation, and freedom for employees to create something new play an important role here. If these prerequisites are not met or if change management has already failed in the past, then the use of tools such as the Adobe Kickbox is not necessarily promising.

The event was offered by ProduktionNRW. ProduktionNRW is the competence network for mechanical engineering and production technology in North Rhine-Westphalia and is run by VDMA NRW. ProduktionNRW sees itself as a platform for networking, informing and marketing companies, institutions and networks among themselves and along the value chain. Significant parts of the services provided by ProduktionNRW are funded by the European Regional Development Fund (ERDF).