The future of digital recruiting measures for training 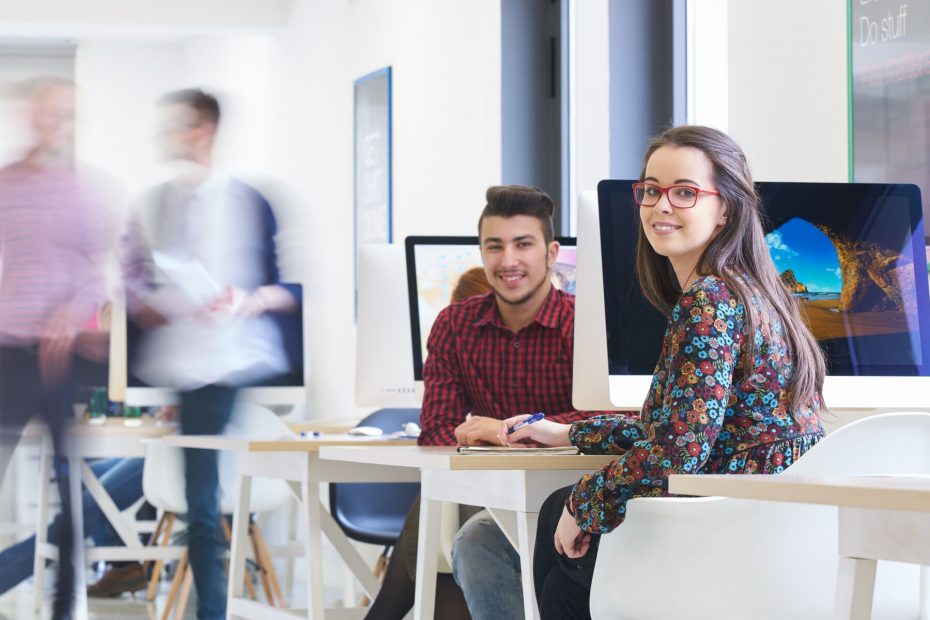 Recruiting young apprentices has adapted to the digital world. But which measures will have a future when Corona restrictions are largely eliminated?

Vacant apprenticeships and hardly any applications: More and more industrial companies in this country are lacking young talent. What’s more, the so-called MINT gap between required and available workers is growing from year to year. In addition to the declining number of applicants, many companies are also complaining about dwindling qualifications. The Corona crisis has complicated and changed the training-related recruiting process in the mechanical and plant engineering sector as well.

Many recruiting formats, such as training fairs, internships or open days, had to be adapted to the new circumstances or were transferred to the digital world. ProduktionNRW asked the question on September 14, 2022, what role digital recruiting measures will have in the future when the corona-related restrictions in public life are largely eliminated. After all, for many companies in the mechanical and plant engineering sector, it is relevant to continue to be noticed as an attractive employer by the upcoming and qualified generation.

Miriam Schöpp, Vocational Training Officer at the Competence Center for Skilled Workforce Assurance (KOFA), first looked at the training market: According to this, trainees and companies are finding it increasingly difficult to find each other. The number of unfilled training positions has risen again this year by 20 percent. Compared to 2011, the number of unfilled training positions has almost doubled to 63,200. Despite this, many young people are still interested in training.

In order to be visible to this young generation, the attractiveness of training companies should be strengthened. Once their own target group has been defined, companies are primarily concerned with how to reach young people – for example, via their own careers website, job advertisements, school cooperations, internships, training fairs, speed dating, social media or training ambassadors. Many of these approaches can be transferred to the digital world and will probably continue to play a central role in recruiting young talent in the future.

Stefan Grötzschel, speaker from VDMA Education, then presented the further VDMA planning for the virtual career fair for young technicians – the TechTalents. Accordingly, it is still planned to bring young people, companies and universities together. To this end, TechTalents will offer career and study information for young target groups, organize an exciting supporting program, list specific jobs and facilitate low-threshold contacts between the individual players. Unlike other career fairs, TechTalents is open 365 days a year, accessible nationwide and attracts visitors with regular virtual events.

Based on findings from the previous TechTalents action weeks, interactions between students and exhibitors should be further improved, awareness and visitor numbers increased, the program made more compact, and better use made of its year-round nature. With these improvement approaches, TechTalents action days are planned for December 14 and 15, 2022, for the third time. Together with the MINT EC school network, MINT-moving schools will again be specifically called upon to participate, and a virtual scavenger hunt through the exhibitors’ stands will entice them with attractive prizes.

Johanna Tewes, trainer in the field of mechatronics at Haver & Boecker, then presented the in-house trainee channel on Instagram. Instagram is used at Haver & Boecker because it is a cost-effective way of reaching the young target group and addressing them on a personal level. The channel mainly focuses on day-to-day training, presents individual projects or portrays the respective apprenticeship professions. The images mostly focus on the company’s own trainees, but technical processes are also depicted. Since the account was founded in February 2022, a community of around 500 followers has been built up in this way.

Mutual support for the role of a mentor through collegial consultation

At the request of the participants, the question of how the role of mentor can be approached optimally in the training context without affecting the values and ideals of one’s own company was discussed in conclusion. In this specific case, the issue is that a participant has been newly assigned to this role but does not actually have any direct contact with the trainees. In view of the experience and knowledge of the younger generation, however, it is important to actively address them according to their own sensitivities. In doing so, the fear of receiving resistance from those responsible for training could be removed.

Since the challenges in the area of recruiting young people will continue to accompany the mechanical and plant engineering sector, the participants have requested the topic of addressing parents in the context of training for further ProduktionNRW events. Many training companies are noticing that the academization of the education system is leading to a decrease in the number of trainees. Parents also play a central role in this context. It is therefore exciting to convince them in favor of their children’s training.

This event was organized by ProduktionNRW in cooperation with the Mittelstand-Digital-Zentrum Rheinland. ProduktionNRW is the competence network of mechanical engineering and production technology in North Rhine-Westphalia and is implemented by VDMA NRW. ProduktionNRW sees itself as a platform for networking, informing and marketing companies, institutions and networks among themselves and along the value chain. Significant parts of the services provided by ProduktionNRW are funded by the European Regional Development Fund (ERDF).