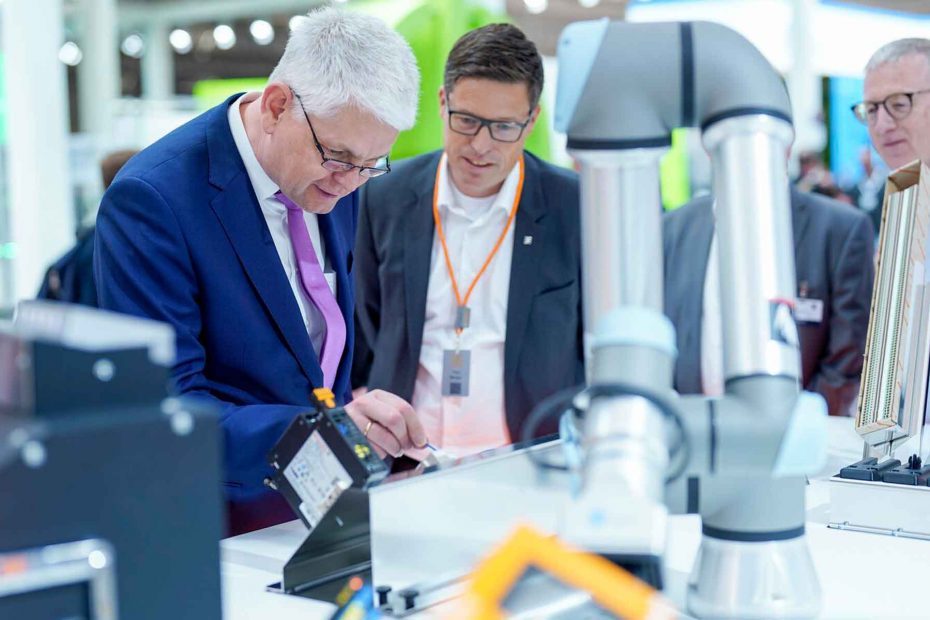 The State Secretary of the NRW Ministry of Economic Affairs, Christoph Dammermann, found out about the innovations made in NRW during his tour of the Hannover Messe.

After a corona-induced break, Hannover Messe 2022 once again showed itself to be a showcase for cutting-edge technology innovations. The industrial fair sets clear impulses for the transformation of economy and industry – towards a digitalized, climate-neutral and sustainable value creation. With its topics and exhibitors, it covers the areas of decarbonization, Industry 4.0, IT security, AI and machine learning, Logistics 4.0, hydrogen & fuel cells, and circular economy.

The State Secretary of the NRW Ministry of Economic Affairs, Christoph Dammermann, learned about the exhibiting North Rhine-Westphalian companies and their innovations during his tour of the trade fair on Monday. There were stops and informative discussions at the NRW joint stands in Hall 2 and Hall 11, as well as at the manufacturer of precision bearings and linear technology, Rodriguez GmbH, from Eschweiler.

Dammermann met the new Chairman of the Board of VDMA NRW, Dr. Timo Berger, Chief Sales Officer of the Weidmüller Group, at the booth of Weidmüller Interface GmbH & Co. KG. Both exchanged views on the prospects for the industry and on the opportunities for automation and digitization against the backdrop of industrial transformation.

Another highlight of the trade show that Dammermann visited was the 4.0 demonstrator that VDMA developed together with member companies. Four use cases along the product lifecycle showed live at the fair how the Digital Twin works and what it can do.